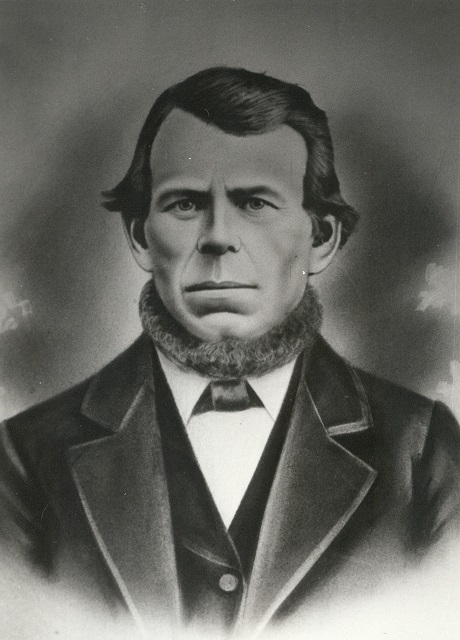 The house of Captain Polycarpe Albert (1826-1875) is designated a Local Historic Place for its architecture and for its association with the Albert family. This vernacular Classic Revival residence exhibits traditional elements of that style, including its rectangular, 1-1/2 storey, 3-bay massing; lateral gable roof with returned eaves; wood shingle siding with corner boards; central gable dormer on the front façade with triangular window and coloured Gothic Revival windows; classical entrance with central door, entablature, sidelights and transom windows; and symmetry of door and window openings. In the 1970s, the fieldstone foundation was replaced with a new foundation, and the home was moved from the north to the south side of des Robins Street. Polycarpe Albert started out as a carpenter for Charles Robin and Company. In 1865, this son of a fisherman built his own 66-foot schooner which he baptized La Providence. The young captain entered the coasting trade, transporting merchandise between the ports of Caraquet and Quebec City. On a voyage to Quebec in 1877, he caught chickenpox and died. In 1898, La Providence was still very much sound and continuing to navigate the St. Lawrence River.