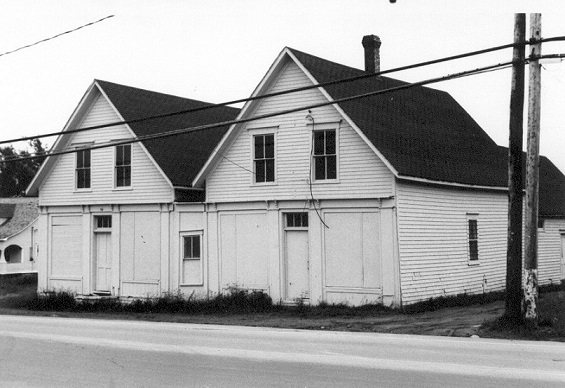 The heritage value of these structures lies in their architecture and the trade of their original owner, Edward Fitzpatrick. Fitzpatrick arrived at Caraquet circa 1880 to work at the tannery operated by Patrick Ryan. It was located at the same site, near a small brook known locally as “ruisseau des Castors” (“Beaver Brook”). The buildings were later restored and moved a short distance away on the same property. Ryan sold his business to Fitzpatrick, who went on to run the operation for many years. The twin buildings, which today are used for storage space by the company C.L. Comeau & Cie, were built in the late 1800s. They served originally as stores, one for leather and the other a retail shop. The heritage value of these buildings also lies in their rectangular architecture. The structures are made of 3-inch pine planks aligned vertically. They are rare examples in Caraquet of this architecture, which was more prevalent in Fitzpatrick’s home village of Richibucto.