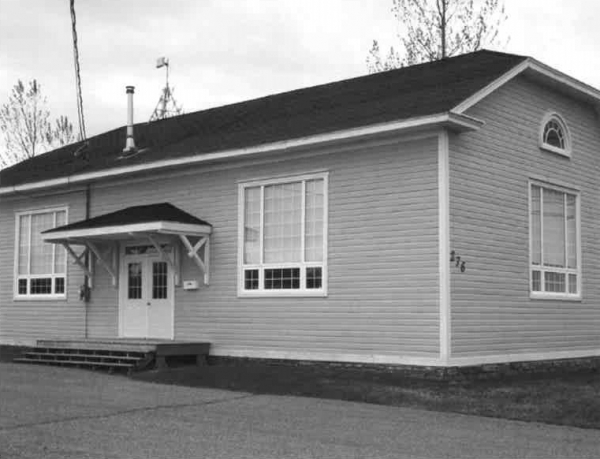 The “little school” is designated a Local Historic Place for its age, for its historic educational function in the community and for its architecture. Also known as Pointe-Rocheuse School, La petite école is recognized for being the oldest school with two divisions still standing in Caraquet. Grades 1 to 8 were taught there, and when it closed as a public school in 1967, grades 1 through 5 were offered. It subsequently housed the municipal library and was then used for public education courses, as a nursery school and as a kindergarten. This structure is also known for its architecture. Built in 1935 by Élie Cormier from the plans of architect Nazaire Dugas, it replaced an older school that had stood on the same site. It has been restored to its original appearance. Its character-defining elements include one-storey rectangular massing, a stone foundation, clapboard siding, an east-facing front façade and main entrance, two wide windows, hipped gable roof and two-room interior layout. It was acquired by the municipality of Caraquet and has since had a range of functions while maintaining its educational role.