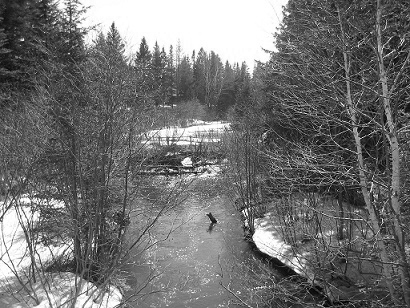 The Landry Mill site is designated a Local Historic Place to commemorate the location of the first flour mill in Caraquet. The first flour mill was built more than 200 years ago by the sons of Alexis Landry, pioneer of the Landry family in Caraquet. It was also the first water-powered mill erected in Caraquet. The original mill was destroyed by fire in 1795. The mill became a precious legacy handed down from father to son; despite harsh weather conditions and fires, the Landry family always found a way to rebuild in order to continue providing people in the Caraquet area a place to mill their grain and saw structural timber. For more than 50 years, Jean-Louis Landry (1817-1891) oversaw the operation, providing people the services of a grain mill, sawmill, woollen mill and forge. His son, Jean-Louis, known as Johnnie (1867-1951), inherited the family enterprise and was the last of this dynasty of millers. The mill’s spillway in the river is the sole vestige of this site’s industrial past.