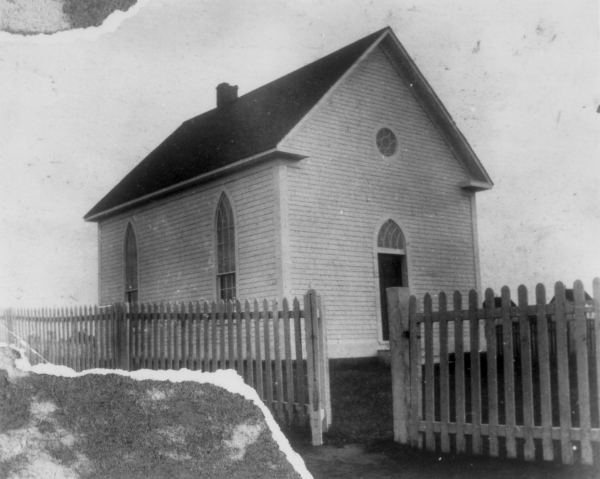 This church is designated a Local Historic Place for its age and status as the only Protestant church in the municipality. In January 1874, a dozen Protestants in Caraquet came together to form a committee to oversee construction of a church. This place of worship was to serve the needs of all the Protestant denominations in the area. This small but varied group included Anglicans, Presbyterians and Methodists, most of whom were Anglo-Protestants or originally from the isle of Jersey. A lot located to the south of the present-day Caraquet public wharf was purchased at that time from Robert Young, and the church was erected that same year. This small (6.9 m x 9.5 m / 20’ x 30’) Gothic Revival church overlooks the port of Caraquet. It accommodates up to approximately 60 people. This one-storey structure has rectangular massing and cedar shingle siding and, on the front façade, features a bull’s eye window and door with a pointed-arch window above. Behind the building lies a small cemetery displaying headstones of the church’s founding families.